Some men just want to get laid while other men take their time and get to know the other person. They then decide if they would sleep with their partner or rather not.

Most men do not prefer to wait till marriage to hold themselves off from sleeping with the girl. Generally speaking, the majority of the guys sleep with their dates after taking them to at least a few dates. These dates can be over a month or a maximum of three months.

If a girl is special to him, then he might wait even longer. In such scenarios, men mostly wait because they do not want to move fast, or they wait till they see some green signal from their woman.

Though, if you believe you and your boyfriend have dated for a sufficient amount of time and you are ready to move things forward then it is the right time to initiate a conversation about sleeping with him.

But if you do not want to appear as desperate then wait for him to turn your kissing session into a big make-out session. This is a major signal from a man that he is ready to take things into the bedroom.

A green signal from your boyfriend might spark a question inside your head “why does he want to sleep with me?” Is he looking for passing his time? Do I mean something to him? Or does he just want to get laid?

Well, allow me to tackle your question one by one!

Possible Scenarios on Why does Boyfriend Want to Sleep with You?

Your boyfriend is interested in you. He sees you sexually and romantically. And this has helped him develop an emotional connection with you. Though around this time, your boyfriend may not have fully given you the green signal and neither has talked about sleeping with you, but he is almost there. He believes he needs to wait a little further to finally let you know that he is okay with sleeping with you.

#2 He has waited long enough

If you both have been dating for more than five months now, then he believes he has waited enough on sleeping with you. When a guy waits for long it often means that he is now seriously invested in the relationship and is emotionally attached to you. In a way, your boyfriend is now willing to make things “official” because he believes he has found someone special i.e., you. For him, it is now the right time to take your relationship a step further and into bed.

#3 He has recently been very stressed

If you are sure that your boyfriend has been dealing with a lot of stress lately then it is no surprise that he wants to sleep with you. Although stress can highly influence an individual’s sex drive, for some people sex can be a form of let-out. If such is the case, then sleeping with you will not only lower his stress levels but will also lighten his mood. Though, consider that you are ready to sleep with him and that you both have waited long enough. Stress might rush a few things, but it is alright as he has pure intentions with you

#4 He is no longer nervous

Most men are expected to be great at sex. So, your boyfriend might have nervous about not having good enough performance in bed. It is either this or in a world full of beauty stands and picture perfectness, most individuals deal with self-esteem issues and body dysmorphia. Maybe your boyfriend has secretly been working on his body issues and now he has worked on them enough that he believes he is ready to get in bed with you without feeling insecure.

Men hold an image of being way more sexual than women. If your boyfriend has a high sex drive, then he might try to rush things so you both can finally get into bed together. Now, this does not mean he does not care about you. It just means that he does not want to sleep with anyone else, but you are hence he does not know any better and is trying to rush things.

However, this could also mean that he just wants to sleep with you.

So., is he passing his time? or does he just want to be laid?

Though this question can easily be answered if you straight up ask him. However, if you are not comfortable doing that just yet because it might come off as rude or it might hurt him if his intentions are pure, then resort to looking for a few signs below.

Signs Your Boyfriend Just Wants to Sleep with You:

It is a general assumption that men always just want sex. Though it is accurate ins some scenarios, it is false in others. Now, the confusion remains does your boyfriend only want to sleep with you, or is he invested in the relationship.

If he is invested in the relationship, he will show interest in you, he will remember things about you, and he will care. But if he is just passing his time then look out for the red flags mentioned above. 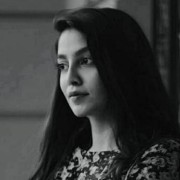 Suhira heads the editorial department of SheBegan Magazine. She joined SheBegan Magazine as an author in 2017, and her writings also appeared on cosmopolitan, lifefalcon and other mags. Suhira loves to write on wellness-related topics, skin/hair/beauty tips, relationship advice topics, and bridal grooming niche. Later, in 2019, she became the head of our editorial board and also holds the position of Growth analyst. Having had sufficient experience with fitness and nutritional balance. Suhira has worked as a fitness trainer at local Gyms, we utilize her experience in our fitness and nutritional recommendations.

Why My Boyfriend Wants to Marry Me? [Detailed Answer]

Reasons on Why Your Husband Is Not Interested in You

Answers on Why My Husband Does Not Respect Me?

Answers on Why My Husband Bites Me?

Do Guys Like Loud Girl in Bed? [Fantastic Answers]

Quick Skincare Steps to Use On The Go

Reasons on Why Your Husband Is Not Interested in You
August 25, 2021

Reasons on Why Your Husband Is Not Interested in You

Answers on Why My Husband Does Not Respect Me?

Answers on Why My Husband Bites Me?